He set-up his own business in 1991 using a little bit of office space lent to him by some friends, which despite not having a purpose, went on to successfully exit and sell (twice over). Many years later he generated some impressive results as CEO at a multinational corporation, turning a loss of £250k per month to celebrating its first £1 of profit in just a matter of months.

Martin took these learnings to create his unique SCALE Model to openly share and transfer to others. His SCALE Model is a framework for how to rapidly grow a business enabling an exit and it has earned companies £Millions.

In April 2017, Martin formed a Partnership with Dent Global and became Chairman of Dent Asia to support the rising numbers of entrepreneurial teams across Asia.

Martin is a multi-award winner including: Britain's Top 10 Adviser 2018, Top 25 Champion of Entrepreneurship in the Smith & Williamson Power 100, APCTC Business Mentor of the Year 2015. 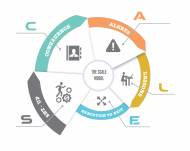 Comment: 0 Like: 0
About More
27 Old Gloucester Street, London WC1N 3AX
Send Enquiry
Reviews More
No reviews have been left for this company yet.
Businesses Near Advocate Business Services
Find Businesses Near Yours
Network View
0 Connections

Send a Message To: